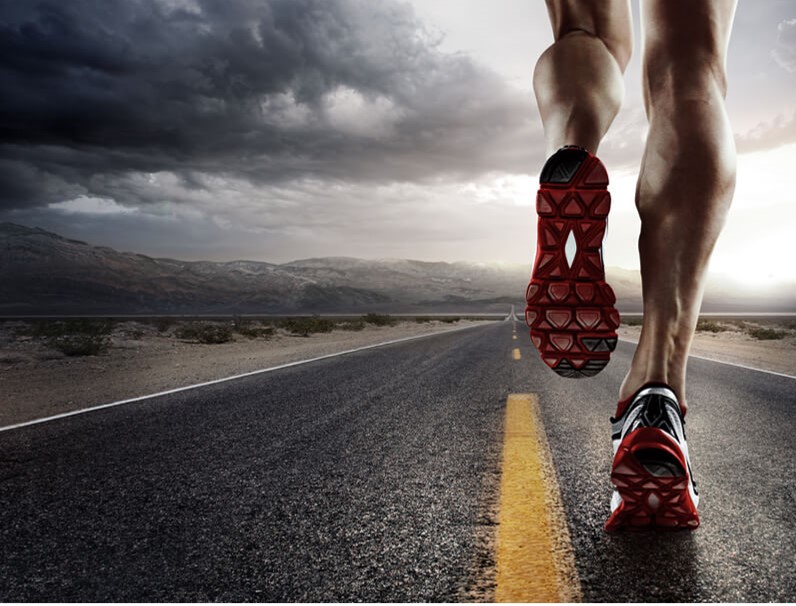 The declaration of the state of alarm in March 2020 led to the confinement of the population, the experience of personal and social dramas, and the submission to sometimes confusing and contradictory guidelines. The pandemic has revealed the true economic situation and dissolved the mirage of recovery from the 2008 crisis.

Fear and confusion have caused social paralysis, altering people’s response capacity, and placing citizens in a position of submission and expectation. Now, the emotions of fear, anguish and obedience are giving way to mistrust and anger. The shock is turning into a social awakening.

The challenge: managing the change in the socio-economic model avoiding local and global conflict

Society faces the cyclical challenge of managing change before conflict spreads. To do this, it is necessary to discover the collective unconscious values that unite us and where these lead us. It is about knowing the mechanisms and external signals that will accelerate the transformation and determining how to move into adulthood as a collective.

This requires investigating the objectives and limits on which as a society we are going to agree, knowing what measures to take to encourage constructive attitudes, and knowing what sacrifices we are willing to make to positively drive change.

This document is a summary of the complete study carried out in the last quarter of 2020 by the sorlekua foundation. It presents the data disclosed with the methodology for studying the collective unconscious ©Motivation Management and its conclusions.

The study of the Collective Unconscious

sorlekua‘s research was carried out in the last quarter of 2020 with the aim of anticipating the new scenario that was already in the collective mind of economic actors.

If time and space do not exist, as quantum physics has shown, and the electron is in different orbits without consuming time or space, but rather the energy of the photon to move; If the electron is a particle (matter) and a wave (energy) and manifests itself in one way or another according to the observer’s attention, then: we are in the “field of infinite possibilities”, where our Collective Unconscious already knows the right one.

Transmute the energy of the crisis into a new social model

The study has investigated: the degree of consciousness about the true meaning of what we are experiencing of the convened collectives; the objectives and limits in the transition that they will agree on; what prevents making the change right now; incentive measures for positive change attitudes, and effective change actions to overcome limiting beliefs.

The primary emotion is the energy that moves action: motivation. It appears in a complex process where physics and chemistry intertwine within our body. Photons, electrons, and neuropeptides (hormones) coordinate a synchronous and instantaneous action so that the emotion appears, and the action occurs in search of the restoration of the initial balance.

It all starts with an image associated with a “tribal unconscious belief.”

The participants in the motivational dynamics have given, previously to them, the images that for them represent the situation they live in that personal and professional moment. In the dynamics they have voted between their images and those contributed by others. The selected ones appear here.

In the collective unconscious of the groups of the economic system and of the professionals of the world of creativity analysed, anxiety and blockage predominate, which is embodied as paralyzing shock; rage responds to an experience of repression and control in crescendo.

All systems tend towards homeostasis, and we have verified this in more than 300 projects where the proprioception of positive and negative emotion varies +/- 5%, with very rare exceptions marked by serious conflicts.

In this sense, a study carried out in 2012, among the same groups, yielded an analysis of the climate with important differences compared to the current one.

In the group of members of management committees, negative emotions account for 68%. And fear represents 90.5%.

Fear can be expressed in three actions: flight, confrontation, or paralysis. Extreme fear is what triggers a catatonic state of paralysis in the gazelle, as a last resort to survive the attack of the cheetah (if it thinks it is sick and is a bad mouthful) or to anesthetize its senses before the imminence of death between its jaws.

All emotion is born from the contrast between a “tribal belief-expectation” and the stimulus that comes to us.

The LGM© methodology accelerates the transition from the unconscious to the conscious. In a few steps we go from the irrational brain (limbic-emotional) to the rational one. The latter has tools to manage what it recognizes: memory, attention, logical thinking, language, creativity, etc.

In this research, the participants have recognized the signs of what comes to them as the beginning of a “new socioeconomic model“, (in the study nine years ago we saw the “end of the socioeconomic model”) and the reactions that this realization provokes in your body. The groups studied recognize the energy they have invested since the 2008 crisis, they feel exhausted, and they do not consider themselves prepared to sustain and overcome the challenge they face, without personal change. (Freelancers are the ones who look the most capable.)

They identify three causes of fear:

The paralysis arises from the fear of jumping into the void and letting go of everything that has given them a false sense of security until now. Realizing that, faced with what they face, they cannot solve it alone and that the truth is that they do not trust themselves or others, leaves them without options, and in a situation of blockage.

In the absence of strategic plans in companies, they are aware that they run without direction, the technological challenge is diffuse and the exclusion of different thinking prevails, with the threat of not belonging if you step out of the photo, “I don’t want to be a green dog ”.

The lack of legitimacy and authority of politicians is trying to compensate with increased social isolation, repression, control, and surveillance. The unions are beginning to be aware of the change in the social order and that they need to re-found themselves and reach agreements between them. The media also lose credibility.

A new model is here to stay. People realize that the false security of the past has made them accommodate and reduced opportunities to train in adult autonomy, to correctly solve the present scenario. Freelances are the exception.

But in the collective unconscious there is also the Effective Action of Change that, without time or space, can make “something really new” appear.

Something unknown so far.

Connection, calm and self-confidence, the key to change

The positive emotion that the social groups participating in the sorlekua study embrace, and that is the activator of positive actions for change, is the connection with oneself, experienced as calm and self-confidence. This is the prelude to connect with the joy of action and that in this study appears inextricably linked with the value-emotion of freedom.

This emotional state fosters inner peace and a new security, beyond the herd security of the tribe. A security rooted in self-confidence, a previous step to reach trust in others.

Effective change action consists of learning to “navigate the storm” from reconnecting with oneself, letting go of everything and supporting oneself from the inner adult, rooting in the power of truth.

Keys for a management model of the new scenario

Isabel Salsamendi, president of the sorlekua foundation and director of the study Keys for the Management of the New Economic Scenario Euskadi 21

For many years conventional consulting has recommended flatter corporate structures and the inclusion of different thinking. But, the truth (let’s not forget that the power of truth is one of the levers of change that appears in the study) is that very few companies, unions and political parties have changed to flat structures, or have been trained to sustain the impact mental and bodily of what prevents from live in the unconscious tribal beliefs of your business, group or family.

The impediment is a model of parent-child society, where obedience to the hierarchy guaranteed membership in the tribe and exponentially increased the chances of survival.

The new stage of humanity is the passage from the child, who wants everything and wants it now, to the adult who fits the fear of releasing ancestral beliefs that are no longer operative for his survival and self-destruct.

Once everyone knows that they can trust themselves, they will be able to look around and see how many more have reached that point on the path they are on and build, only at that moment, a new economic reality, always effect and not cause. of the level of social consciousness.

Accepting letting go of those beliefs and sustaining the fear of the unknown is the exciting adventure of this change of era.

With children you cannot collaborate, reach lasting commitments, make sacrifices or distribute tasks. You can only do that with adults who own and trust themselves and others to meet challenges.

The learning is that following the American Way of Life led to alienating self-destructive consumerism. To mount ourselves now in the digital economy as it is proposed, (social networks, commerce and transcontinental digital managements, espionage, censorship and control), is not to move to the new, but rather a forward flight that deepens into alienation, entropy and the chaos.

In this study, politicians as an institution follow the church in the disaffection of citizens, due to their own discredit, and are diluted as a reference of the collective social order, remaining as representatives of minorities that will be increasingly meager.

The current limited concentration of capital can lead to a global digital neo-capitalism that uses hackers as a new professional elite, where the rights of the people vanish.

The integration of the unions, with education and training, together with the current members of the management committees, in self-knowledge and self-confidence, to generate wealth, putting the human being next to the polar bear, and the caps where he lives, among the species at risk of extinction, is a possible and achievable step that can lead us to a truly disruptive new social and economic scenario.

We are facing the most exciting moment we could dream of. The future has caught up with us crying out:

The report in pdf:  Management keys to jump into the new economic model 2021

sorlekua, the foundation for innovation in management and leadership from values, ​​was created in 2005, by the partners of the strategic change management consultancy Tarazaga Emotional Business Management, inspired by the search for new models of governance and leadership in organizations.

Since 2005, sorlekua has integrated the latest advances in neuroscience, quantum physics, and AI into business management and training models. It has researched the development of brain capacities for attention, creativity and intuition with experts such as: Antonio and Hanna Damasio, Jean Shinoda Bolen, Iván Oliveros (Sesha), Robin Sharma, Gülsün Zeytinoglu, Ángeles Martín, Carmen Idígoras, etc.

At the end of 2020, sorlekua carried out a study to shed light on the moment we live as a society.

Preventive culture, a driver of change 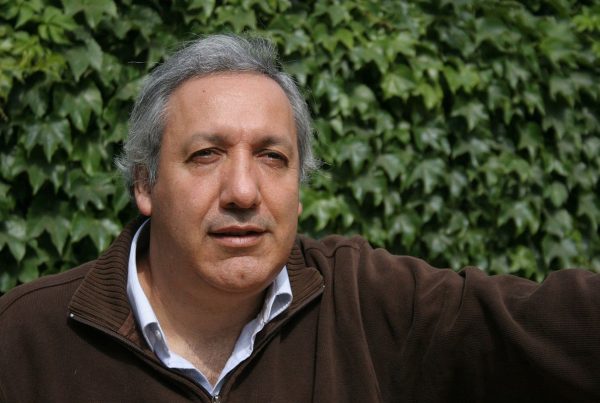 Personal session with Sesha, one of the great gurus of organizational change 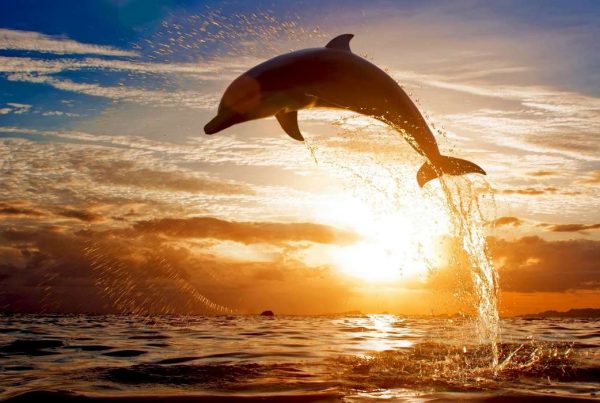 A new identity for a new era